We are top luxury wedding planners in Nairobi, Kenya that takes on the most creative of challenges and elevate any expectations. Whether you’re planning a chic celebration at home, a luxe affair in Nairobi, a Destination Wedding in Watamu, Diani or a Lake Naivasha Wedding, or a traditional wedding weekend in Kenya, trust us to plan your celebration. We specialize in outdoor garden weddings, hotel weddings, Muslim Weddings, Destination Weddings and Garden receptions. 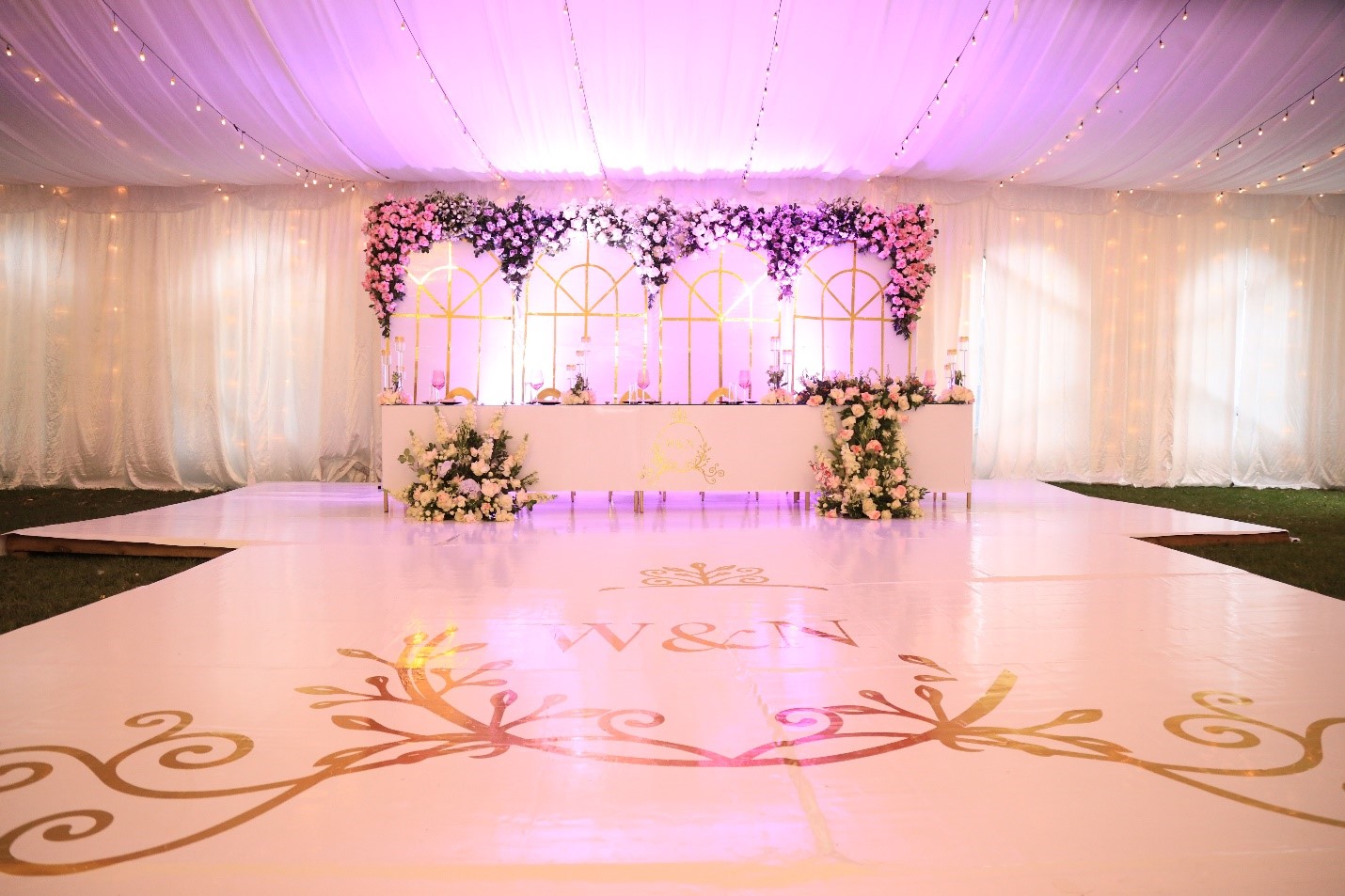 Welcome to the engagement season! Now that you are engaged, it’s time to kick off the wedding celebrations with a bang. An engagement party is a great way to share the exciting news and get family and friends together to celebrate your forthcoming union. If you and your partner are planning an engagement celebration, you’re likely at a loss for where to start, décor wise. Your bash needs corresponding engagement party decorations to differentiate this shindig from every other Friday night get-together with your posse. Deciding what type of backdrop, balloons, decorative plates, centerpieces, and photo booth can be an overwhelming task. Fear not. At Perfect Moments Events, we are your engagement party planner. We come bearing engagement party decorations that will liven up your venue. 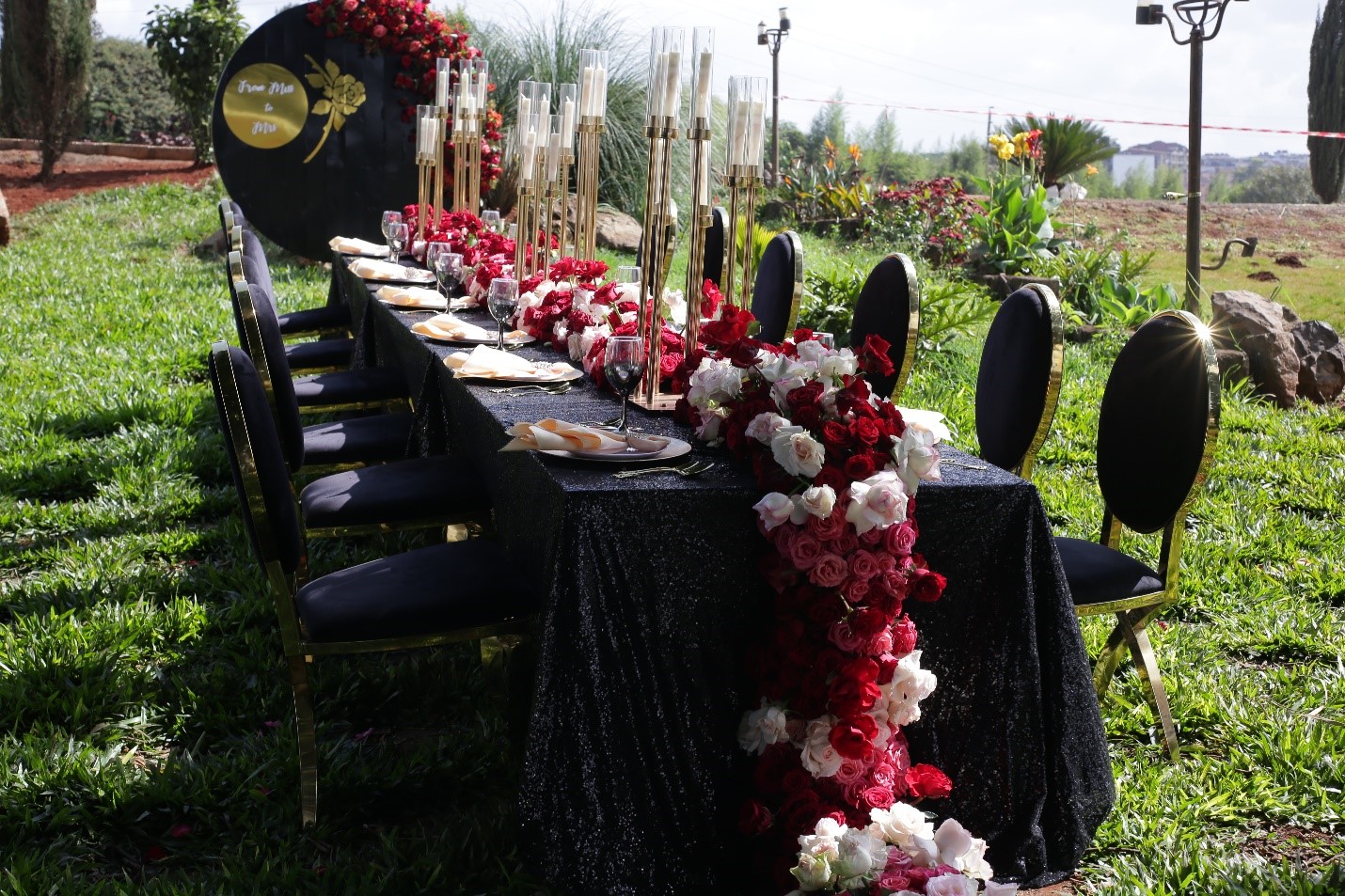 It’s time to celebrate the bride-to-be! A bridal shower is a way to show love and support to the bride as she embarks on her journey to the altar. Whether you’re organizing the party as part of a large group or coordinating the details yourself, the decor of the event space will set the mood for the entire bridal bash. When it comes to a bridal shower, the beauty is in the details. Therefore, we can mix and match different elements to achieve your perfect bridal shower. Implementing fresh blooms, unique signage, balloons, and garlands will make a significant impact to the bridal shower without breaking the bank. Talk to us today and let us design a dreamy shower space that will truly celebrate the bride-to-be. 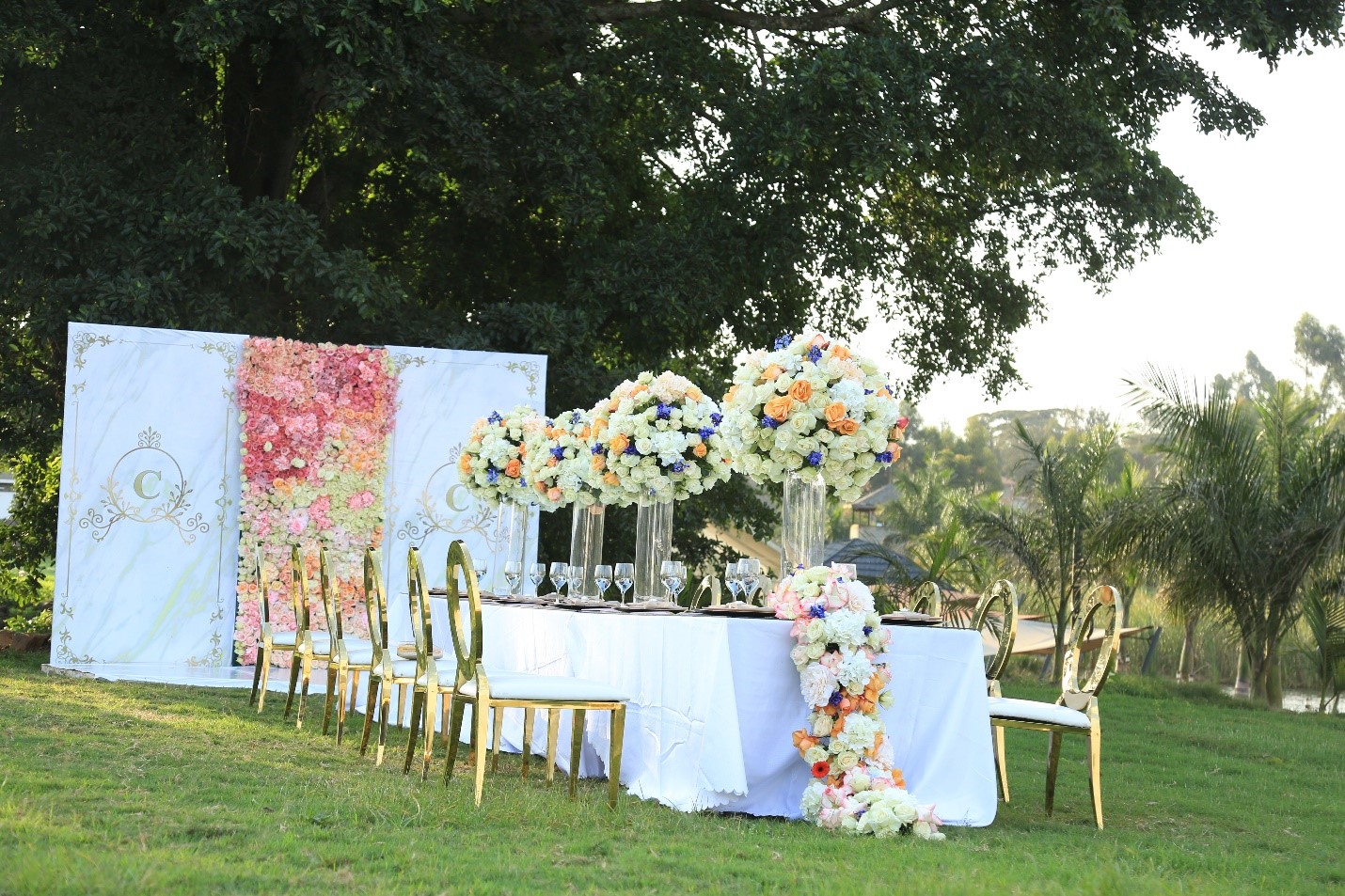 When it comes to birthdays, you want something more personalized and unique to celebrate your loved ones. Whether it’s for baby’s first birthday or a 50th birthday bash, there are plenty of reasons to celebrate. We create personalized birthday party decorations to make your bash extra special. We start by choosing a theme, and then narrow down your décor options to create a cohesive look for the party. If you’re holding the party at a restaurant or party room, be sure to ask the management what their policies are on decorations before we buy supplies. If you’re holding the party at an outdoor venue, we will definitely need a tent, tables and chairs! We feature your favorite interests into the decorations. For instance, if your child loves unicorns, we can do a unicorn-themed party with unicorn imagery and pastel decorations. If the person loves Harry Potter or Star Wars, you could go with decorations that reflect those interests. A football or hockey themed party would work great for a sports lover, and you can even zero in on a specific team and use the team colors for your color scheme. We can also create a Disney-themed party with decorations featuring their favorite Disney characters and settings. 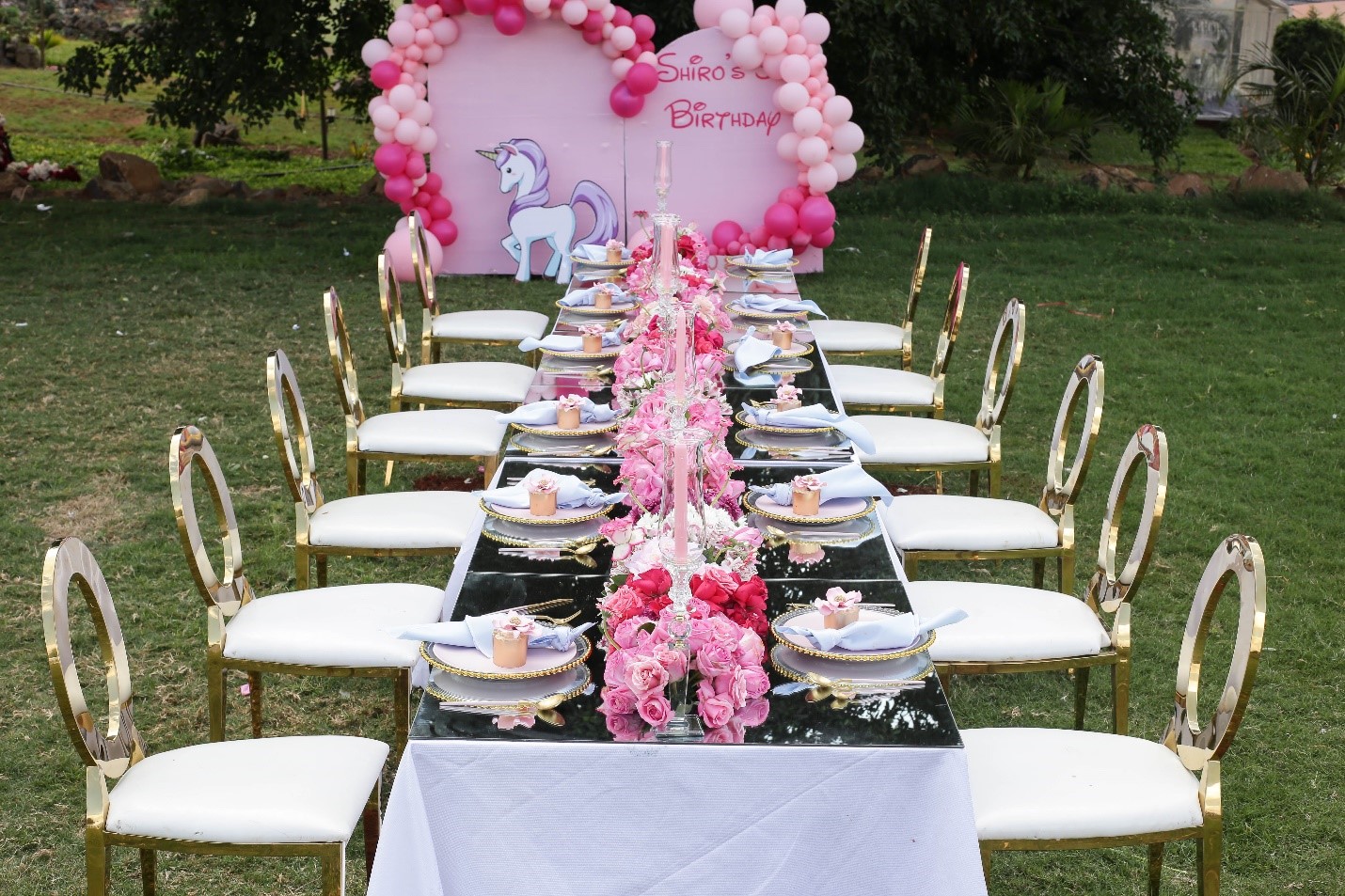 Gone are the days of following the crowds and having just another boring “Fairy Princess/Superhero” party. The trend for this year is to move away from the mainstream, commercialized party themes and instead to let your kids once again discover the magic of their own imagination and to let them see that nothing is impossible. We do kiddies theme party decorations that create a one-of-a-kind, never-to-forget party for your little one! Our kiddies party themes include Alice in Wonderland, Animal & Jungle, Avengers Heroes, Ballerina, Battle Royal, Camouflage, Cinema & Hollywood, Circus, Dinosaur, Disney Frozen, Dragon Knights, Fairy, Farmyard, Football, Unicorn, Under the Sea, Thomas & Friends, Superhero, Star Wars, Space, Shark Party, Rainbow, Racing Cars, Princess, Pirate, and Mermaid among other themes. We have all the kid’s party theme decorations and supplies you could ever need. 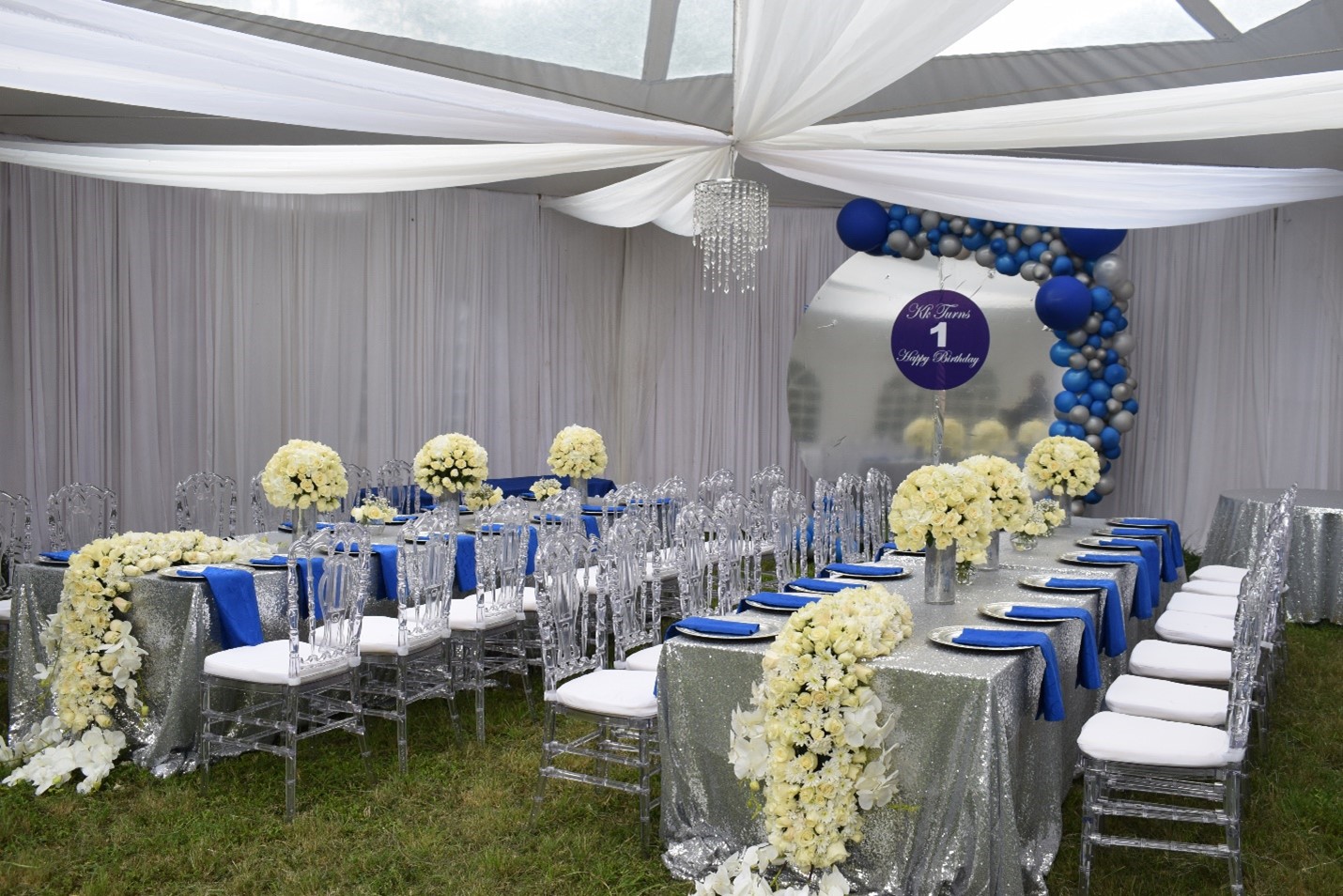 We understand that many companies in Kenya are no longer able to organize and implement events from within their own organizations; they may need assistance with particular aspects of their events. Our company was designed to provide company event planning services with the company goals in mind. We provide end to end design, planning and coordination ensuring maximum brand exposure. We work on book launches, product launches, annual general meetings, exhibitions, end of year parties, gala dinners, networking events and themed end of year parties. Let’s plan your event today. 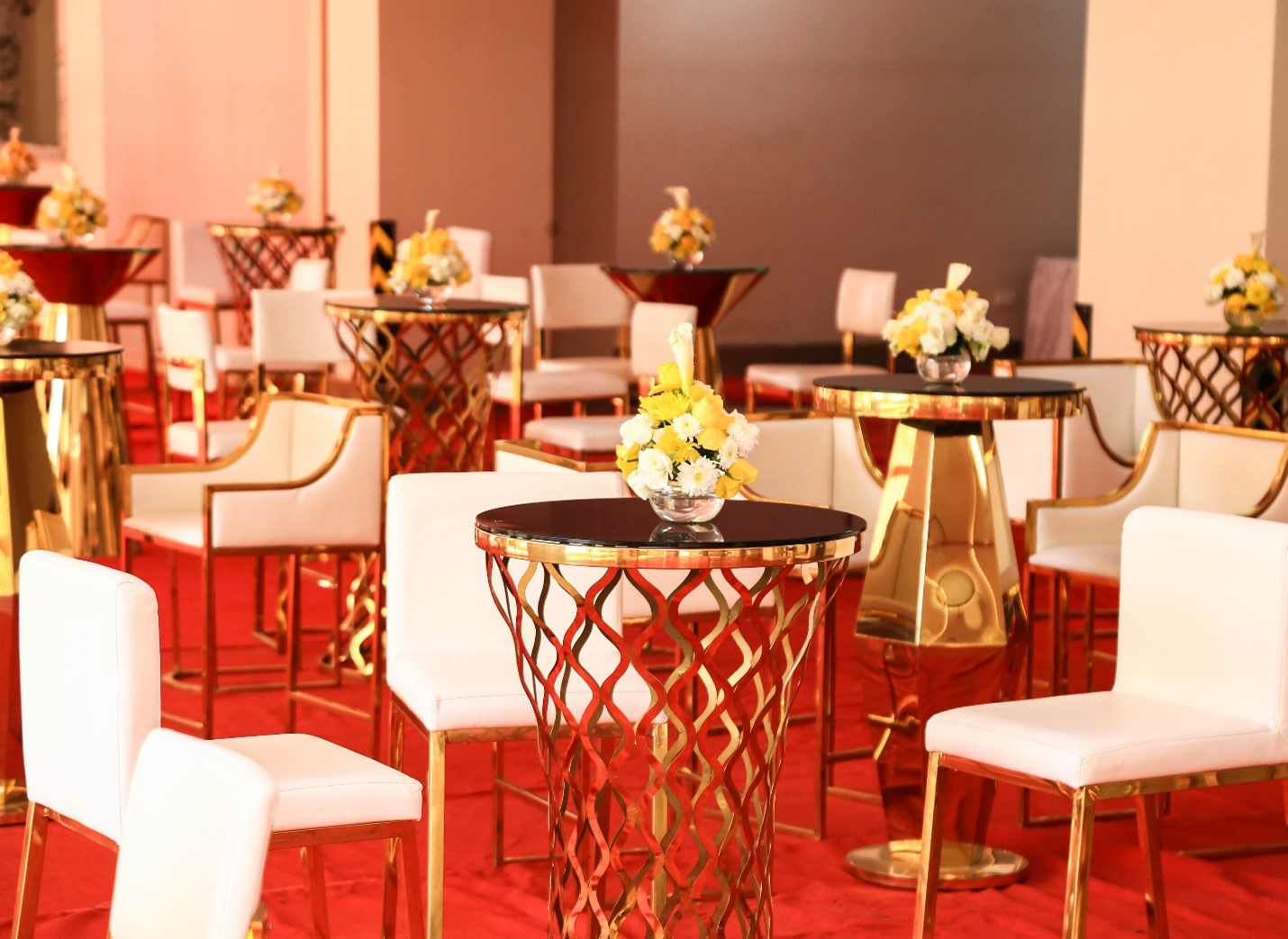